Senegal will play at home with Cape Verde in the 1/8 finals of the African Cup of Nations. The match will take place on January 25. 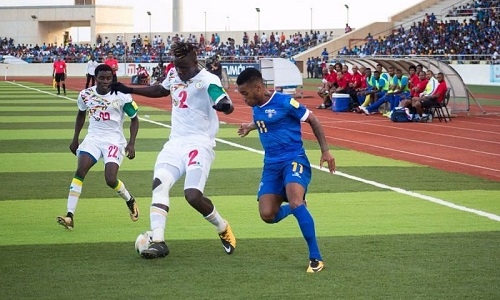 The Senegalese were considered one of the tournament favorites. Sadio Mane and company are able to beat almost any opponent, but there is no stability.

In their quartet Senegal got only 5 points. Moreover, a unique case for the group stages, the team scored only one goal without missing a single one.

Moreover, this is the only ball the Senegalese tortured out in the seventh added minute of the match with Zimbabwe. And, of course, it was scored by Mane.

The Senegalese play brilliantly against Cape Verde. All four face-to-face meetings ended with victories for the team.

This team looks pretty mediocre in the tournament. Cape Verdians barely made it to the playoffs, taking 3rd place in the group.

Moreover, the team scored only two goals. But in the last round, the Cape Verde team managed to fight the Cameroonians themselves (1:1).

And before that, the Cape Verdians minimally beat Ethiopia, and also minimally lost to the Burkina Faso team. A typical middle peasant in African football – neither give nor take.

By the way, in the four-match history of confrontations with the Senegalese, the Cape Verde team has not scored even once. For sure, in this meeting, the Cape Verdians will act as the second number.

Senegal by names looks stronger than the opponent.

The Cape Verde national team had a rather mediocre group stage.

The Senegalese, at least in terms of composition, look stronger than the opponent, besides, they successfully play with the Cape Verdians. Our prediction and bet is Senegal to win in the 2nd half with odds of 2.05.