The Spanish national team will play on the road against Sweden in the fourth round of the qualifying tournament for the 2022 World Cup. The match will take place on September 2 in Stockholm. 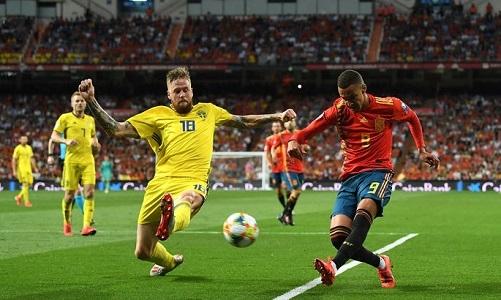 The Swedes got off to a perfect start in qualifying for the World Cup. At the end of March, Tre Krunur played two matches and scored six points.

After a difficult victory over the Georgian national team (1: 0), the Swedes defeated the Kosovars with a score of 3: 0. In both meetings, Zlatan Ibrahimovic, who returned to the national team, took part, who planned to go to Euro, but in the end did not make it to the tournament due to injury. The 39-year-old striker will not play against the Spaniards for the same reason.

At the European Championship, the Swedish national team was able to leave the group even without Zlatan, but then lost to Ukraine in the first playoff match.

In 2021, the Swedes won seven victories in nine matches and suffered only one defeat. Moreover, in six cases they did not concede a single ball.

Meanwhile, the Spaniards at the European Championships stopped one step away from the final. In the semifinals, Luis Enrique’s team lost on penalties to the Italians. An incredible offensive defeat, the future champions in that game were very lucky, as the Spaniards played noticeably better.

Spain began the selection for the World Cup with a tough match against Greece. The meeting in Granada unexpectedly ended in a 1: 1 draw.

Soon the Spaniards were close to losing points in the away match with Georgia, but eventually snatched the victory in the last minutes. The game against Kosovo (3: 1) turned out to be not so difficult, although the opponents were able to score again.

Spain have conceded at least one goal in seven of the 11 games they have played this year.

In the summer, the Swedes held out against Spain in the Euro group stage. Then the game ended in a draw 0: 0. The Spaniards owned the ball for almost 80 percent of the playing time, but were never able to open up the opponent’s defense.

In general, Sweden was lucky then, and hardly anyone would deny it.

Bet – victory for Spain + total match under 4.5 in 1.94 . It is doubtful that the Swedes will not lose to the Spaniards in two matches in a row.