In the match of the 3rd round of the Russian Championship, Ural Yekaterinburg will host Krasnodar. The match will take place at the Ekaterinburg arena on July 29. 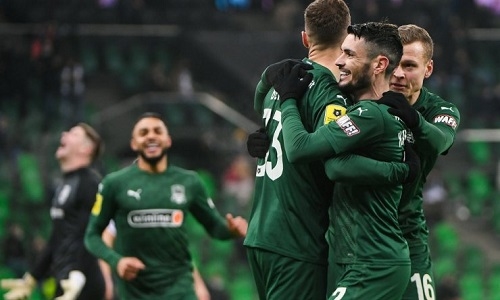 In the summer, seven players left the club, but the same number of newcomers took their place. Of the acquisitions, it is worth noting Leo Goglichidze and Congolese Vladis Emmerson.

In the opening match of the new season , Ural lost to CSKA 0-2 away, having conceded twice after the break.

In the 2nd round of the RPL, the Yekaterinburg team lost to Orenburg on the road (0: 3). Even before the break, Igor Shalimov’s wards remained in the minority after the removal of Leo Goglichidze .

In the first match of the new RPL season, the wards of Alexander Storozhuk played a draw in their field with Fakel Voronezh – 2: 2.

In the 2nd round, the “bulls” devastatingly lost to “Spartak” (1:4). Like Ural, Krasnodar were outnumbered in the first 45 minutes after Alexander Chernikov was sent off.

Last season, Krasnodar scored maximum points against Ural in the RPL, defeating Yekaterinburg both at home (2:1) and away (3:0).

“Ural” did not leave the home field without a goal scored in 3 previous matches in the championship of Russia, so Yekaterinburgers can interrupt their “dry” streak. Forecast : Krasnodar won’t lose, both teams will score.