Zenit will play at home against Chelsea in the final round of the Champions League group stage. The match will take place on December 8 in St. Petersburg. 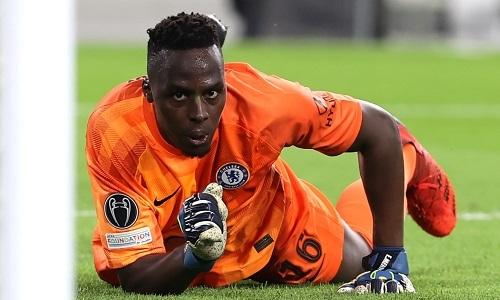 Zenit ranks third in the group after five games played. Now the blue-white-blue have four points.

And no matter how the upcoming match ends, Zenit will still remain on the third line… Even in case of defeat and equality of points with Malmo.

Sergei Semak’s team secured an entry into the Europa League after the away match with Malmo, which ended in a 1: 1 draw. Zenit then escaped defeat a few minutes before the final whistle thanks to a goal by Yaroslav Rakitskiy, who converted the penalty.

Zenit in this Champions League did not concede only in the home match with Malmo. In the rest of the meetings, the club from St. Petersburg conceded a total of seven goals.

Chelsea, meanwhile, are in first place, ahead of Juventus on additional indicators.

And this suggests that Chelsea must win in the upcoming match in order to stay on the first line. This will be very important in the draw for the Champions League 1/8 finals.

Chelsea have so far failed to score points only in the away game against Juventus, which ended in a 0-1 defeat. At home, the team of Thomas Tuchel defeated the Turin club with a score of 4: 0.

Chelsea conceded only one goal in five Champions League games.

One could talk about the lack of motivation among the guests, but this is not so. Chelsea need a win to advance to the playoffs in first place. In this case, Tuchel’s team, most likely, will not have to immediately play against the most dangerous opponents.

Therefore, it will be difficult for Zenit to even count on a draw.

Chelsea finished the group stage with a home draw with Krasnodar a year ago. But then the situation was different – Chelsea had enough draw to retain the first place. This may not be enough now.

Plus, let’s not forget that Chelsea lost 2: 3 to West Ham the other day. This moment will also affect the mood of the London team, which rarely plays several unsuccessful matches in a row under Tuchel.