The Venezuelan national team will host the Argentine national team in qualifying for the World Cup. The match will take place in the city of San Cristobal. 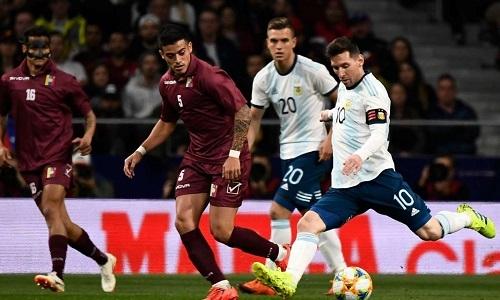 The Venezuelan national team has not yet won this year – the team has 3 draws and 3 defeats.

Venezuela is in ninth place in the standings of the selection for the World Cup. The team managed to score 4 points in six matches. It is still quite possible to rectify the situation, but you need to gain points more regularly.

At the America’s Cup, Venezuela failed to make the playoffs, finishing fifth in its group. The Venezuelans have scored only 2 points in four games.

Argentina’s national team is approaching new matches in the long-awaited status of the champion of South America. The Argentines won the tournament in July, beating Brazil 1-0 in the final.

Argentina’s national team has not lost for more than two years – since July 2019, when it lost to Brazil in the America’s Cup. Since then, Albiseleste have played 20 matches.

In qualifying for the World Cup this year, Argentina played two matches, drawing twice – 1: 1 with Chile and 2: 2 with Colombia.

Argentina ranks second in the selection standings. The team has 12 points in six games and is second only to Brazil with 18 points.

The previous time Venezuela and Argentina met at the 2019 America’s Cup. Then the Argentines won with a score of 2: 0.

Forecast and bet on the match – Argentina will win and will not concede with the odds of 2.28.