Villarreal will play at home against Manchester United in the 5th round of the Champions League group stage. The match will take place on November 23. 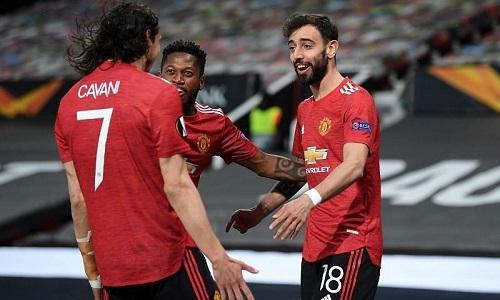 Villarreal plays pretty well in the Champions League. True, the team takes only 2nd place in its group, behind Manchester United in terms of additional indicators.

It is the defeat in Manchester (2: 1) that remains the only one for the Spaniards. And two months ago , Villarreal conceded the decisive goal in the very end.

In their championship, “Villarreal” the weekend was not a success. Only a draw with Celta (1: 1) and 12th place at the moment – clearly below expectations.

The Spaniards have personnel problems, and they are quite significant. There are even doubts about the participation in the match of the leader of the attacks Gerard Moreno , who received a muscle injury.

The Mancunians fall on the run. And if the fate of Ole Gunnar Solskjaer could have turned out differently until recently, now he is looking for a new place of work.

Team failures follow one another. And even the efforts and motivational speeches of Cristiano Ronaldo are not enough.

“Manchester United” failed the last round of the Premier League. The defeat from one of the outsiders, “Watford” (4: 1) became too painful.

Moreover, the Mancunians have not won for almost a month. Not everything is going well with the staff: Rafael Varane, Paul Pogba and Mason Greenwood are not flying to Spain .

The Spaniards are now in crisis, and are unlikely to be able to cope with Ronaldo and company.

Manchester United are looking dull now, but they will surely muster all their strength to win the key match.

Despite all the difficulties, the Mancunians must demonstrate all their powerful attacking potential. Our prediction and bet – Manchester United win with odds 2.45.